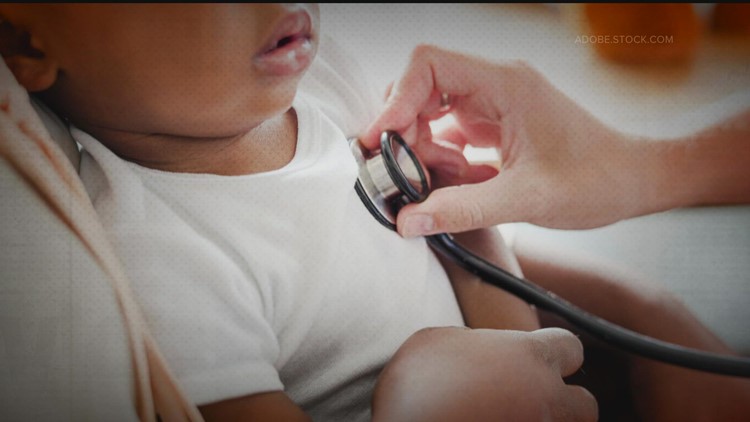 More than 100 possible cases of a mysterious and severe liver disease in children have been reported in the U.S.

DENVER — Five cases that meet the criteria of a mysterious viral hepatitis have been reported in Colorado, according to the Colorado Department of Public Health and Environment (CDPHE).

Health experts and doctors are working to learn more about the hepatitis — a severe liver disease — that has been detected in more than 100 children and caused five deaths in the U.S.

“We are casting a wide net to broaden our understanding,” said CDC’s Dr. Jay Butler.

In October 2021, five pediatric patients with hepatitis (inflammation of the liver) of unknown cause were first identified in children at a hospital in Alabama. More cases have now been reported in the United Kingdom, Denmark, Ireland, the Netherlands and Spain.

Adenovirus has been detected in half the cases in the U.S., “but we do not know if it is the cause,” said Butler.

There are dozens of adenoviruses, many of them associated with cold-like symptoms, fever, sore throat and pink eye. But some versions can trigger other problems, including inflammation in the stomach and intestines. Officials are exploring a link to one particular version that’s normally associated with gut inflammation.

> Top stories curated daily just for you! Sign up for the 9NEWSLETTER to get can’t-miss stories, Next and Broncos content, weather and more delivered right to your inbox.

SUGGESTED VIDEOS: It Takes A Village

MORE WAYS TO GET 9NEWS

HOW TO ADD THE 9NEWS APP TO YOUR STREAMING DEVICE

ROKU: add the channel from the ROKU store or by searching for KUSA.

For both Apple TV and Fire TV, search for “9news” to find the free app to add to your account. Another option for Fire TV is to have the app delivered directly to your Fire TV through Amazon.

Previous Where the Ontario leaders are on the campaign trail for May 16
Next Ted Budd Thrives in G.O.P. Senate Race in North Carolina