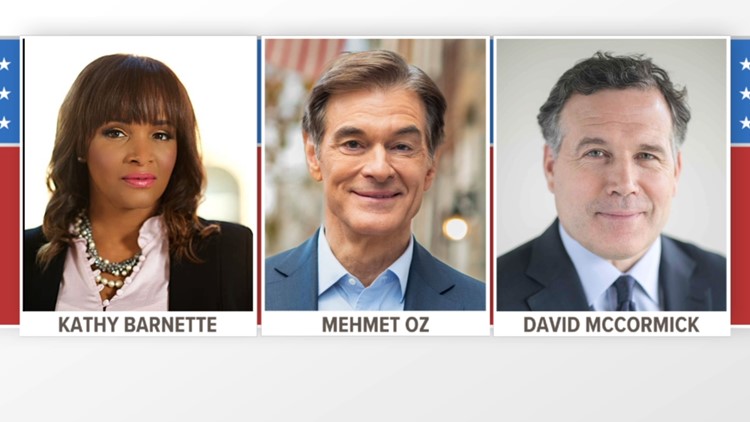 The close race may be a signal that supporters of former President Trump are less loyal to the man himself than to his policies.

HARRISBURG, Pa. — With the Senate majority at stake in the fall, eyes across the country are watching the Senate race in Pennsylvania, another test of former President Donald Trump’s influence over the Republican Party.

Trump’s status as Republican kingmaker is being questioned as his pick for Senator, celebrity surgeon Dr. Mehmet Oz, remains locked in a three-way race with two other self-described MAGA candidates.

As of May 17, Oz was polling at 26.8 percent, political commentator Kathy Barnette at 24.2 percent and hedge fund manager David McCormick at 19.6 percent, according to a RealClearPolitics average.

Trump’s April endorsement of Oz has divided Republicans, some of whom question the veracity of his conservative stances.

“I take his endorsement and opinion under advisement, but I feel I’m an intelligent voter. I study all the candidates, I listen to the debates, I check the information in the papers and on the internet and on television, and I make my decision independently,” said Joe Esposito, a Republican from Lewisberry who said he ultimately voted for McCormick.

Oz is also facing a late surge by Barnette, who is also campaigning on Trump issues. Her rise has drawn renewed scrutiny of her record and multiple outlet’s coverage of what some are calling Islamophobic tweets.

McCormick is also pressing ahead with his own “American First”-style campaign.

“From the very first day I’ve run on a set of Trump policies because I think they were great for Pennsylvania, great for America. But in the end this isn’t about endorsements. This is about the voters of Pennsylvania picking the person they think will represent them the best,” he said at a campaign event on May 11.

The close race may be a signal that Trump supporters are less loyal to the man himself than to his policies.

Former Ambassador to Denmark Carla Sands is a longshot candidate, polling at 6 percent. But on the campaign trail on Election Day, she continued to tout her Trump-aligned policy stances.

“President Trump is beloved by many Republican voters and they loved his policies whether they liked him or not,” Sands said.

Trump also waded into the gubernatorial primary over the weekend by endorsing far-right candidate Doug Mastriano.

Previous Joly heads to UN to mobilize action on food crisis sparked by invasion of Ukraine
Next ‘I could not stay away’: With Russians pushed back, residents return to Kharkiv.