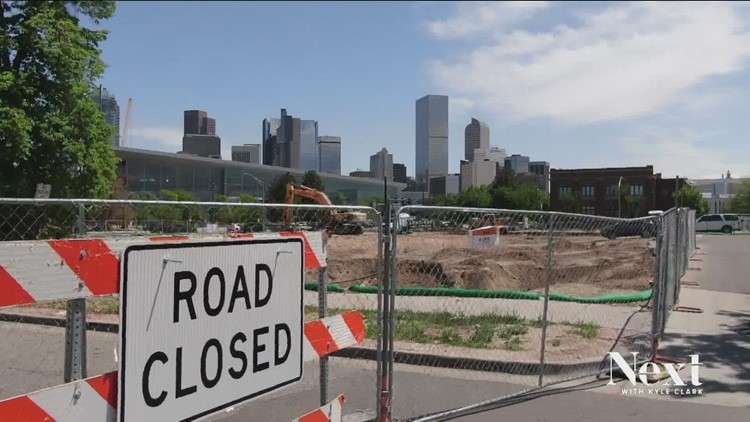 The CDC consistently ranks construction as one of the top two industries with the most suicide deaths.

DENVER — A conference room in Denver on Wednesday was full of people who hope to stop their colleagues from dying.

In the first of its kind national conference, the Construction Working Minds Summit gathered construction industry leaders together to work toward solving their mental health challenges.

“When I first started in the construction industry, we didn’t talk about mental health issues. You know, it is a very macho industry,” said Jerry Shupe, the corporate director of safety and health for Hensel Phelps, a construction company headquartered in Greeley with offices nationwide.

According to the summit, 1,000 construction workers die on the job every year, but each year, 5,000 die by suicide, too.

“The first quote I heard was when you start talking about this, you’re going to start hearing about it,” said Shupe. “And within two weeks of my first training, I was actually helping someone who was having a mental health issue.”

Hensel Phelps now trains employees about signs and symptoms of a mental health crisis so that they can become a bridge to resources.

The company began this training five years ago when they learned from the Centers for Disease Control and Prevention (CDC) that men working in construction have a suicide rate about four times higher than the general population.

“I’m not surprised, It’s a stressful job,” said Jose Ballejo, who started working in construction after his career in the military.

Ballejo cites the high pressure situations in construction jobs as one reason why workers begin to internalize the stress and take it home.

Experts have found contributing factors for suicide in the construction industry include working exposure to physical trauma, chronic pain and travelling away from family and friends for work, among others.

“Before I started this training, I didn’t know how to handle it,” said Ballejo. “I know how to get them help now. Before I was a guy that was like, ‘Well how can I fix it? We can’t fix it, I’m not trained, I’m not a professional. I can’t fix it.’ I need to be able to at least know where to send them.”

The people who attended the summit will not become mental health experts after this training, but they’ll leave with a new sense of what “macho” really means in the construction industry.

“As soon as you change that mentality, it will start getting better I think,” said Ballejo.